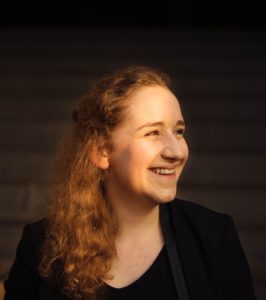 Chloe is a third-year music student at St Catherineâ€™s College, Oxford. Whilst at school, she studied flute and piano at the junior department of the Royal Academy of Music and began her conducting training under Rebecca Miller. Now in Oxford, she holds the rÃ©pÃ©titeur scholarship with New Chamber Opera, and through this has worked on operas including Purcellâ€™s Dido and Aeneas, Waltonâ€™s The Bear and Stravinskyâ€™s Renard, and oratorios by Handel and Bach. Over the last two years, Chloe has been appointed conductor of the Oxford University Wind Orchestra, founded and conducted the St Catherineâ€™s Chamber Orchestra, and was recently appointed the first conductor of the newly formed Oxford University Press Orchestra. Chloe has also been musical director for the original musical Stop which was selected as the Oxford University Drama Societyâ€™s National Tour production for 2017, where it received numerous 5-star reviews and was shortlisted for Best Musical at the Edinburgh Fringe. Outside of term time, Chloe is founder and musical director of Wycombe Student Music which brings together university students for Christmas and Summer projects in their holidays, most notably including a performance Mendelssohnâ€™s Elijah in 2016.