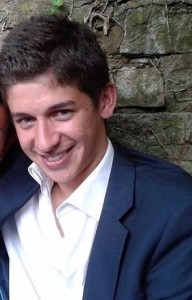 Michael Pandya is a third-year undergraduate reading Music at The Queen’s College, Oxford, where he is a Choral and Academic Scholar and an Instrumental Exhibitioner. Primarily a pianist, he is accompanist in residence at the Oxford Lieder Festival and performs in numerous recitals and masterclasses per term as a piano soloist and accompanist. He currently studies piano with Sholto Kynoch. He also enjoys musical direction, and began directing groups at school and in his local area from a young age. He holds the Senior Repetiteur Scholarship with New Chamber Opera; with NCO he has been involved in Haydnâ€™s Lâ€™infedelta delusa and Glassâ€™ Galileo Galilei, and has been musical director for Bachâ€™s Easter Oratorio, Carissimiâ€™s Jephte and Albinoniâ€™s Pimpinone. Elsewhere in Oxford, he has musically directed The Producers, In Her Eyes (student written chamber opera), A Funny Thing Happened on the Way to the Forum and A Little Shop of Horrors.