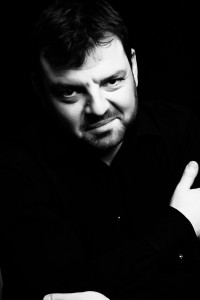 Since 2007 Steven has been the harpsichordist with London Baroque in addition to his position as Co-Principal keyboard player with the Orchestra of the Age of Enlightenment. He is also the principal keyboard player for The Gonzaga Band, Apollo and Pan, The Classical Opera Company, I Fagiolini and performs regularly with many other groups around Europe. He has recorded over thirty discs with other artists and ensembles and made three solo recordings. His next major recording, Bach’s Goldberg Variations for Chandos Records, will be released in June this year.

Steven made his London conducting debut in 2002 at the Royal Albert Hall and is now a regular performer there – including making his Proms directing debut in August 2007 with the Orchestra of the Age of Enlightenment.. He has conducted the Mozart Festival Orchestra in every major concert hall in the UK and also across Switzerland. In opera, Steven has worked at the Comische Oper in Berlin and alongside Paul Mcreesh throughout France. With Opera Restor’d, he has conducted at Wigmore Hall in London, at the Warwick, Lake District, Stour Norwich and English Haydn Festivals. Steven is a Music Director for New Chamber Opera in Oxford and with them has conducted performances of Purcell’s Dido and Aeneas, Mozart’s La Finta Semplice, Stradella’s Il Trespolo Tutore, Rossini’s Il Comte Ory, Handel’s Xerxes, Arne’s Artaxerxes, Galuppi’s Il Mondo Reverso. He has just directed the first performance of the newly-acquired score of Cavalli’s Erismena this Summer. For the Dartington Festival Opera he has conducted Handel’s Orlando and will return later this year with Purcell’s Dido and Aeneas.

Passionate about the role of music in education, Steven is a regular member of the OAE education team, Professor of Fortepiano at Trinity College of Music and a visiting teacher, adjudicator and examiner for many other institutions.

One of Steven’s proudest (and longest) associations is with the Finchcocks Musical Museum in Kent where holds the post of Director of Education.