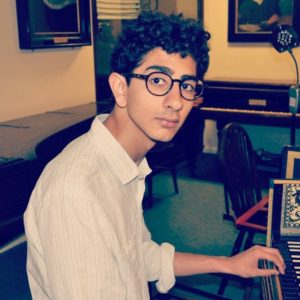 Anhad is a third-year Music student at Lady Margaret Hall. Before coming to Oxford, he was a student at the RCMJD, studying the harpsichord with Jane Chapman, piano with Neil Roxburgh and cello with James Halsey. At the RCMJD he won the Freda Dinn Memorial Prize for Early Music. Anhad is an active soloist and has given an all J.S Bach recital at the Handel House Museum, as well as performing Brandenburg 5 with both the RCMJD Baroque Ensemble. He was made one of the youngest scholars of the British Clavichord Society in 2015. As a continuo player in Oxford, he plays regularly with the Bate Players, Oxford’s student run HIP ensemble, as well as playing with Benslow Baroque Opera (2016) and Leeds Baroque (2017). As a harpsichordist-director he has worked with Theatron Oneiron, an Oxford-based student opera company specialising in 17th and 18th century repertories.