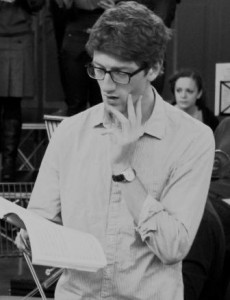 Harry is a second-year music student at The Queenâ€™s College, studying singing with Giles Underwood and conducting with Toby Purser. As a singer, Harry has toured Japan, Hong Kong, America, and Europe both as a soloist and with a variety of different ensembles, and has made several recordings, including a recital of English song, and Schubertâ€™s Die SchÃ¶ne MÃ¼llerin. As a director, Harry has worked with choirs and orchestras in America and Australia, and now runs his own group â€“ The Novalis Chamber Orchestra â€“ based in Oxford. He currently holds the Michel academic scholarship at The Queenâ€™s College, as well as the rÃ©pÃ©titeur scholarship at New Chamber Opera, and is working as a songwriter, arranger, and orchestrator for a number of groups, both in London and further afield. In his spare time, Harry is an amateur thereminist and keen sportsman, captaining the Queenâ€™s College 1st XI and representing Oxford on the Australian Rules Football pitch.