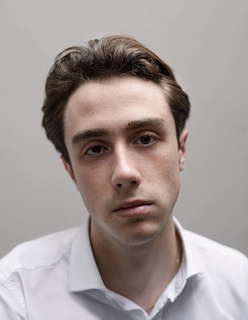 Welcome to the New Chamber Opera Studio Recital Series which is held on Fridays at 1.15 pm during term time in New College Ante-Chapel. The recital series has been running since 1994 and offers singers across the University and beyond the opportunity to perform a short programme in a relaxed atmosphere.

Sadly, the College is currently closed to all visitors. To join the weekly recitals by livestream, please click on the links provided below. The recordings will be available until 30 June 2021. 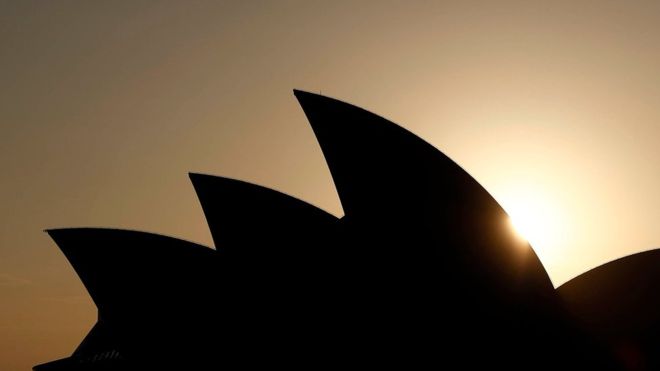 Laurence is an acclaimed conductor, harpsichordist and is the William Crotch Professor of Historical Performance at the Royal Academy of Music; he has been Musical Director of the London Handel Festival since 1999. More information: https://www.new.ox.ac.uk/visiting-chair-opera-studies

Events are free and are listed here: https://www.ticketsource.co.uk/newchamberopera

Events are free and are listed here: https://www.ticketsource.co.uk/newchamberopera 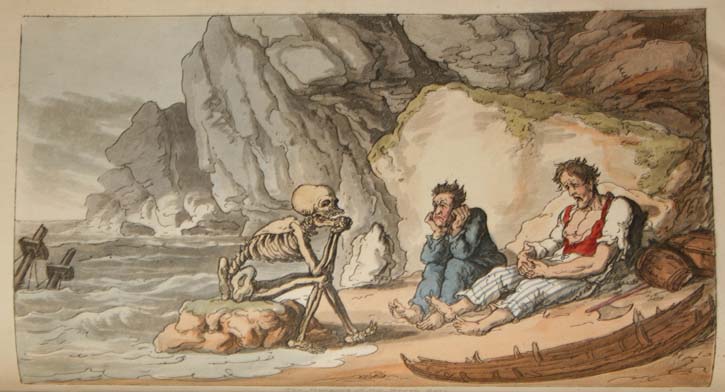 Haydn’s riotous comedy, La vera Costanza, The True Constant, was one of the composer’s early works for the theatre at Eszterháza, the summer palace of his patron, from 1762, Nikolaus I, Prince Esterházy. The opera was first performed on 25 April 1779 and was later revived there in 1785. The version of the work we have today is a reconstruction for the 1785 revival; a fire destroyed the theatre in late 1779, and with it were lost the performing materials and scores for some of Haydn’s operas. The composer subsequently reconstructed a number of them – including the much-loved Il mondo della luna – from sketches and from memory.

Haydn’s opening storm sequence which begins in the overture, sees Baroness Irene, Ernesto, Lisetta, and Villotto rescued from a shipwreck by Rosina and Masino. Count Errico, whom she hopes to dissuade from marrying the fisherwoman Rosina. But – and not unusually for the 18th century – we discover that the Count has ALREADY married (and abandoned) Rosina, who has had child by him. Neither the Count nor the Baroness and her retinue know of the child’s existence. The Baroness is promoting Villotto as a possible husband for Rosina, an impossibility that descends into farce, when the Count suddenly appears, threatening to kill his rival with a pistol. And so the opera proceeds, with Ernesto threatening Masino with a dagger, and other probable – and improbable – incidents! 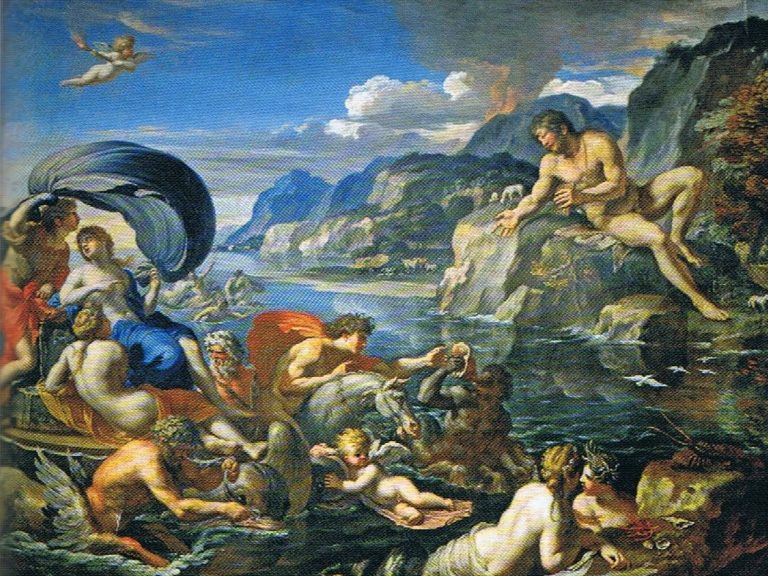 The mythological narrative of Acis and Galatea was a subject of continual fascination for Handel. Extant sources attest to at least three distinct renditions, including the contemporary favourite, Acis and Galatea, which had its London premiere in 1718. A consequence of the lasting popularity of the London version is that Handel’s other settings have been consigned to obscurity. New Chamber Opera attempts to correct this imbalance. For one night only, we will give a concert performance of his 1708 setting, Aci, Galatea, e Polifemo, in the tranquil environs of the chapel of New College. Aci brims with the confidence of a composer cognisant of his capabilities and displays a range of operatic devices that became central to the Handel’s mature operatic style: bravura arias are interspersed with cantabile reflections; doleful continuo-accompanied numbers are contrasted with full-textured, magisterial entries and exits; and textural choice becomes as much a signifier of affect as musical content. Handel evidently realised his precocity, choosing to use it for concert performance in 1732. 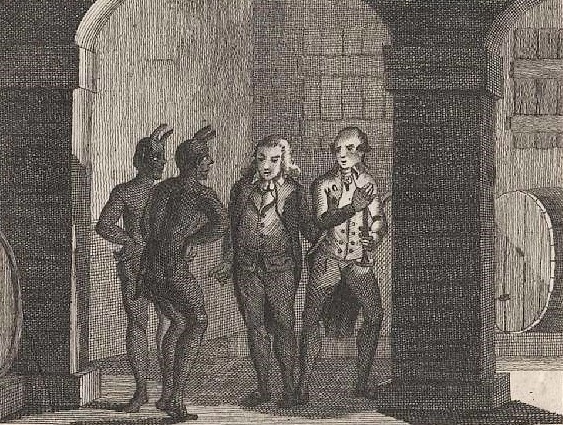 We are looking forward to welcoming you to the Summer Opera for 2021. The cast, team, and orchestra are ready to go, and general preparations are underway. The nature of our outdoor performances is working to our advantage!

However, please note that due to the changing COVID19 situation, the organisation and management of the venues is subject to change. Currently, the intention is to perform in the Warden’s Garden in a new seating arrangement; perform in a large marquee if wet; and eat in the Cloisters.

Tickets for Old Members on 3 and 9 July: contact Jonathan Rubery in the Development Office on 01865 279337 for information on
remaining availability.

The ‘She-devil’ of the opera is, of course, Dorina, the character who provides a focus for several characters’ desires. The plot starts out sedately enough; Giannino and Dorina are in love, but Dorina has decided that because Giannino has no money, she will not marry him. Falco, the local inn-keeper, suggests that they try a scam to rob the foolish – but wealthy – old Don Poppone. But now the plot descends into farce. Poppone believes there is treasure in his basement, and Giannino and Dorina pose as Turkish mystics to pretend to find it. When they arrive, Poppone mistakes the pair for the Roman Count Nastri and his wife the Countess, whom Poppone was also expecting; when the real noble couple arrives, they are mistaken for the announced Turks. CHAOS. Musically, the most important interesting number is the second finale, which contains the séance; the score evokes mysterious and eerie powers.

Galuppi and the librettist Carlo Goldoni, between them invented opera buffa as we know it today. The Venetian-born composer worked both as a writer of opera seria and then in the newly developed drama giocoso. His music, in an attractive, mid-18th-century gallant style, was heard throughout Europe, and although he spent periods out of Venice – including a spell at the Italian Opera House in London – the city was the focus of his career. His music disappeared into obscurity, partly because Napoleon’s invasion of Venice in 1797 resulted in Galuppi’s manuscripts being scattered and, in many cases, lost or destroyed. La Diavolessa, which was premiered at the Teatro S Samuele in November 1755, however, did survive, and is among those works revived during the 20th century. 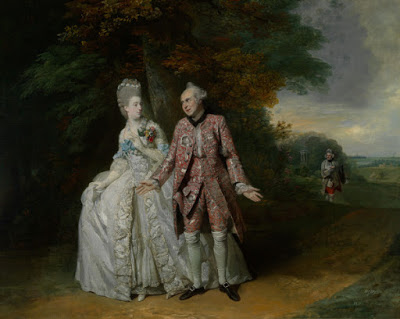 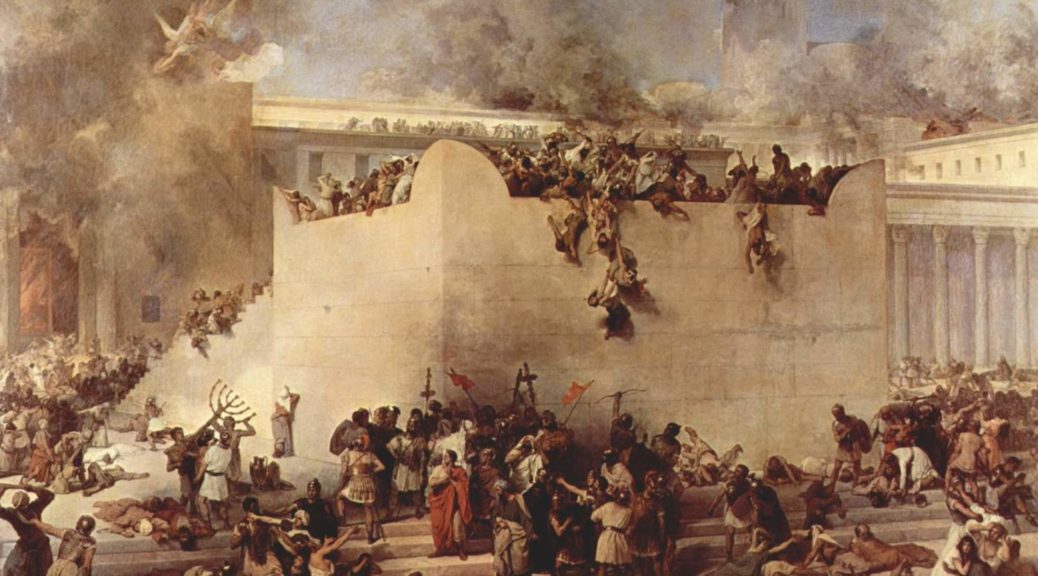 J.S. Bach’s virtuosic cantata for solo voice and harpsichord, ‘Amore Traditore’, and Louis Couperin’s magnificent ‘Lecons de Tenebres’ are seemingly at opposite ends of the affective spectrum. Bach’s zany cantata, consisting of 3 explosive movements of musical vitriol against the treachery of love, contrasts deeply with Couperin’s noble lament to a lost Jerusalem. But these two chamber works participate in a tradition of what can be termed as ‘intimate virtuosity’. Both the ‘Lecons’ and ‘Amore Traditore’ are scored simply – for continuo and voice – removing the powerful, connotative force of the orchestra in favour of an intimate grandeur that only continuo harpsichord and its bowed and plucked associates can evoke. The two compositions can be seen as complements offering two stunningly different conceptions of intimate lamentation 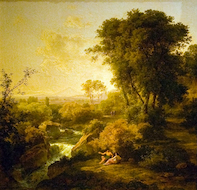 Set in Arcadia, the background to the plot of Handel’s pastoral opera Il pastor fido is that Diana, virgin huntress goddess, has become displeased with Arcadia and has let it be known that only through the marriage of a couple descended from heavenly ancestors, one of whom will be ‘a faithful shepherd,’ will her wrath be appeased; Silvio and Amarilli are designated the ‘happy couple,’ to everyone’s consternation. The three shepherdesses spend the opera pursuing the objects of their desire. Amarilli is in love with Mirtillo (who loves her in return) but is destined for Silvio. Eurilla is also in love with Mirtillo (who does not return her love), and tries to undermine Amarilli. Dorinda in is love with Silvio (who does not return her love until he almost kills her with a spear while hunting).

The opera was Handel’s second one for London; the first, Rinaldo, had been a brilliant success, and the audience was taken aback at this short and understated work. It achieved only a few performances, but it was twice revived in 1734 first with added choruses, and then with added dances, it was more popular, achieving a total of some 14 performances. The two versions represent two phases of Handel’s opera career; the first, his early years in the capital when both he and Italian opera were still finding their feet in the city, and the second, his years as an opera promoter, when he faced competition from the Opera of the Nobility, competition which ultimately damaged the staging of Italian opera in London. Il pastor fido has been performed in modern times on numerous occasions, with the 1734 version first performed in 1948 at Göttingen, and the 1712 version in 1971 in Unicorn Theatre, Abingdon.