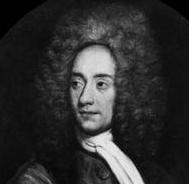 in a new translation by Simon Rees

Tomaso Albinoniâ€™s short intermezzo, The Domineering Chambermaid, tells the story of a servant girl, Vespetta, who marries her rather dim employer, Pimpinone, and having apparently made him the happiest man in the world, proceeds to misbehave, take his money, and embarrass him in public. She declares: â€˜she will do exactly what she wants to doâ€™! The piece was originally intended as light entertainment between the acts of an opera seria; it was first performed in 1708.