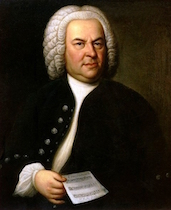 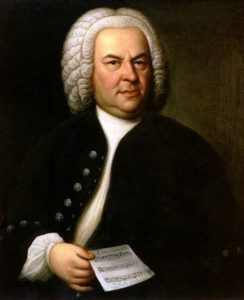 Bachâ€™s canata 54, Widerstehe doch der SÃ¼nde appears to have been written for performance in 1714, and there are various suggestions as to which was the intended Sunday. The text was originally written by Georg Christian Lehms for Oculi, the third Sunday in Lent, and was published in 1711. The canata may have already been composed when Bach began his regular cantata compositions in Weimar in 1714, where, as concertmaster, he assumed the principal responsibility for new compositions. This is his first extant church cantata for a solo voice, and the first of four written for a single alto soloist.

The second work on the programme, Handelâ€™s Dixit Dominus, was composed while the composer was working in Rome. Written in 1707 when Handel was 22, it is a setting of Psalm 110, and is believed to have formed part of a setting of the Carmelite Vespers for the feast of the Madonna del Carmine. The psalm shows Christ portrayed as a prophet, priest and king not only of his own people, but of all nations. Handelâ€™s Rome sojourn produced much elaborate and complex vocal music, including operas, cantatas, and his oratorio, La resurrezione, performed on the Easter Sunday of 1708 under Handelâ€™s patron, Francesco Ruspoli. Dixit Dominus was supported by another patron, the Colonna family, and is most likely been performed on 16 July 1707 in the Church of Santa Maria in Montesanto.