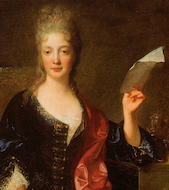 Tickets
http://www.ticketsource.co.uk/newchamberopera
or on the door

The two works of Mozart on the count among the most beloved in the composer’s output. Exsultate Jubilate was composed by Mozart for the castrato Venanzio Rauzzini, who was the primo uomo in Mozart’s opera Lucio Silla in Milan. Mozart composed the motet for Rauzzini, whose technical excellence he admired, and its first performance took place on 17 January 1773, while Rauzzini was still singing in Mozart’s opera at night. The Mass in C Minor, K.427, was composed in Vienna in 1782 and 1783 shortly after he left Salzburg. The work is scored for two sopranos, tenor, bass, and double chorus.