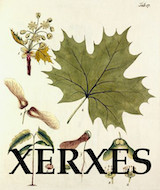 Tickets £15/£7 concessions
From https://www.ticketsource.co.uk/newchamberopera
Or on the door

Handel’s comic piece Xerxes of 1738 was one of his last operas; it was also one of his least successful. The audience didn’t understand his operatic jokes and didn’t see the funny side of it; even though four of the characters start with â€˜Aâ€™.  Charles Burney later commented: “I have not been able to discover the author of the words of this drama: but it is one of the worst Handel ever set to Music: for besides feeble writing, there is a mixture of tragic-comedy and buffoonery in it.” The buffoonery includes a collapsing bridge, a warring (potential) couple, a foolish general, a servant disguised as a flower seller, and a monarch in love with a plane tree. We can promise you all this, and much more!