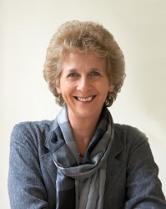 Jane Glover
Jane Glover studied at the University of Oxford, where, after graduation, she did her D.Phil. on 17th-century Venetian opera. She holds honorary degrees from several other universities, a personal Professorship at the University of London, and is a Fellow of the Royal College of Music. She joined Glyndebourne in 1979, becoming Music Director of Glyndebourne Touring Opera from 1981 to 1985 and Artistic Director of the London Mozart Players from 1984 to 1991. From 1990 to 1995 she served on the Board of Governors of the BBC and was created a CBE in the 2003 New Yearâ€™s Honours. She is Director of Opera at the Royal Academy of Music, London, and is also Music Director of Chicagoâ€™s Music of the Baroque.

Jane Glover has appeared with the Royal Opera, Covent Garden, English National Opera, Glyndebourne and Wexford Festivals, Metropolitan Opera, Berlin Staatsoper, Royal Danish Opera, OpÃ©ra National du Rhin, Teatro Real, Madrid, OpÃ©ra National de Bordeaux, Teatro La Fenice, Glimmerglass Opera, New York City Opera, Opera Australia, Opera Theatre of St. Louis, Chicago Opera Theater, Luminato, Toronto and Aspen Festivals. Particularly known as a Mozart specialist, her core repertoire also includes Monteverdi, Handel and Britten, who indeed personally influenced and guided her when she was 16, and to whose music she constantly returns. She has performed with all the major symphony and chamber orchestras in Britain, at the BBC Proms as well as with orchestras in Europe, the US, the Far East and Australasia including the Orchestra of St Lukeâ€™s, Philadelphia Orchestra, San Francisco Symphony, Houston Symphony, St Louis Symphony, Cincinnati Symphony, Toronto Symphony, Sydney Symphony, Belgrade Philharmonic and Orchestre Nationale de Bordeaux et Aquitaine. She has appeared at the Mostly Mozart Festivals in both New York and London and is especially known for her experience in the choral repertoire.

Jane Glover has made many recordings; most recently a series of Haydn Masses for Naxos. Her extensive broadcasting career includes the television series Orchestra and Mozart, and the radio series Opera House and Musical Dynasties, all for the BBC. Her book, Mozartâ€™s Women, received great critical acclaim, and she is currently writing a book on Handel.

Engagements in current and future seasons include Le nozze di Figaro in Goteborg, Iphigenie en Aulide for the Met Young Artists and Juilliard, The Rakeâ€™s Progress at the Royal Academy of Music, Cosi fan tutte in Aspen and Lâ€™Elisir dâ€™amore at Houston Grand Opera. She has concert engagements with Music of the Baroque, the New York Philharmonic, the San Francisco Symphony and the Cleveland Orchestra.