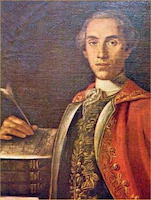 New Chamber Opera patrons who are intending to come to the comedy double bill, should note that the performances of Menotti’s The Telephone has been cancelled owing to cast illness. We will be re-scheduling the piece in a later programme.

We will still be performing Leonardo Leo’s La Zingaretta; this is, however, only a half-evening’s worth. Our apologies for this program alteration. 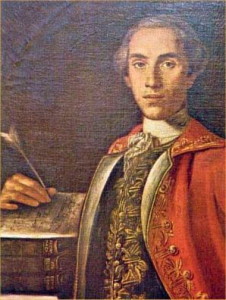 Leonardo Leo was a Neapolitan, a product of training under Francesco Provenzale and Nicola Fago; his first opera was Lâ€™infedelta abbattuta premiered in 1712. He travelled little, and held posts at the Royal Chapel and the Naples Conservatory. His intermezzi included those for the opera lâ€™Argene, a setting of Lâ€™impresario delle Isole Canarie , and La Zingaretta of 1731. Here, we enter the exotic world of the 18th-century gypsy. The music of the intermezzo includes a complicated aria for each character with a number of time and key changes.

The plot revolves around successive disguises and confusions. The zingaretta (the gypsy girl) has been pretending to be â€˜Lisettaâ€™. Before the opera opens, she has borrowed money from Riccardo; it is implied in the text that this has been in exchange for sexual favours. She then teases Riccardo by pretending to be the gypsy she in fact is. When he sees through the â€˜gypsy disguiseâ€™ to â€˜Lisettaâ€™, he then declares his love. But he then discovers that â€˜Lisettaâ€™ was in fact a gypsy â€“ for real! Like most men in intermezzi, Riccardo is not very bright; but he does love â€˜Lisettaâ€™, and as the gypsy leaves for Egypt (and the sun), he is devastated by his loss.

In the programme, this small gem is paired with a modern comedy, The Telephone (or Lâ€™Amour Ã  trois) by Gianocarlo Menotti. The work was written in 1947 as a curtain-raiser to his longer work The Medium, and tells the tale of Ben, who is in love with Lucy, and who is desperate to propose marriage to her; if only she wouldnâ€™t spend all the time on the phone! In the end, he resolves the dilemma by ringing her up and making his proposal over the airwaves.