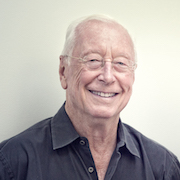 This event will take place in the programme of the Oxford Conducting Instituteâ€™s International Conducting Studies Conference 2018.

William Christie, harpsichordist, conductor, musicologist, and teacher, is the inspiration behind one of the most exciting musical adventures of the last 30 years. A pioneer in the rediscovery of Baroque music, he has introduced the repertoire of 17th- and 18th-century France to a very wide audience across the globe. Born in Buffalo, and educated at Harvard and Yale, William Christie has lived in France since 1971. The turning point in his career came in 1979, when he founded Les Arts Florissants. Major public recognition came in 1987 with the production of Lullyâ€™s Atys at the OpÃ©ra Comique in Paris. From Charpentier to Rameau, through Couperin, Mondonville, William Christie is the uncontested master of tragÃ©die-lyrique as well as opÃ©ra-ballet. But his affection for French music does not preclude him from exploring other European repertoires as Monteverdi, Rossi, Scarlatti, Landi, Purcell, Handel, Mozart, Haydn ou Bach.

Notable among his most recent operatic work are Campraâ€™s Les FÃªtes vÃ©nitiennes in 2015 at Parisâ€™s OpÃ©ra Comique and then at the Brooklyn Academy of Music; Rameau, MaÃ®tre Ã  Danser created at Caen Theater in 2014; Theodora in 2016 at the ThÃ©Ã¢tre des Champs-ElysÃ©es and, in 2018, Handelâ€™s Jephtha at the OpÃ©ra de Paris and Ariodante at the Wiener Staatsoper. As a guest conductor, William Christie often appears at opera festivals such as Glyndebourne (Giulio Cesare in 2018) or at opera houses such as the Metropolitan Opera of New York, the Zurich Opernhaus, or the OpÃ©ra National de Lyon. His extensive discography includes more than 100 recordings. His most recent recordings in â€œLes Arts Florissantsâ€ collection at Harmonia mundi: La Harpe Reine, Un jardin Ã  lâ€™italienne, Bien que lâ€™amour and B Minor Mass (release in Spring 2018). Wishing to develop further his work as a teacher, in 2002 William Christie created, with Les Arts Florissants, a biennial Academy for young singers, Le Jardin des Voix, Now established at ThirÃ© in VendÃ©e, where he lives. Since 2007 he has been artist in residence at the Juilliard School in New York, where he gives master classes twice a year accompanied by the musicians of Les Arts Florissants. In 2012, he launched the festival Dans les Jardins de William Christie in his own gardens, where he welcomes every summer young musicians from the Juilliard School along with the musicians of Les Arts Florissants.

In November 2008, William Christie was elected to Franceâ€™s AcadÃ©mie des Beaux-Arts, and gave his official inaugural speech under the dome of the Institut de France in January 2010. In 2018 he was named world ambassador for French culture by Le Bureau Export, in the presence of French culture minister FranÃ§oise Nyssen.